"Beautiful Canadian-born actress Barbara Williams is both  intense and believable..."

"...Bauer and Williams are appealing

as the star crossed lovers."

"...the debut of a terrific new actress,

a Canadian named Barbara Williams, who in

facial appearance strikes me as a sexy cross

between Barbra Striesand and Meryl Streep." 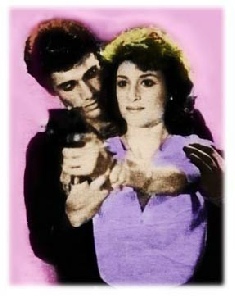 THEY COME AT NIGHT

A two hander with Elpidia Carillo playing a Salvadoran torture victim who ends up in Sara's (Barbara Williams) clinic after she tries to commit suicide. This film deals with the very brutal reality of Central American immigrants whose lives have been ravaged by war trying to adjust in a city with little

sympathy for their suffering.

Barbara plays a woman despondent with grief over the death of her baby. With Olympia Dukakis, Leslie Nielsen and Timothy Bottoms.

OH WHAT A NIGHT

A coming of age comedy/drama 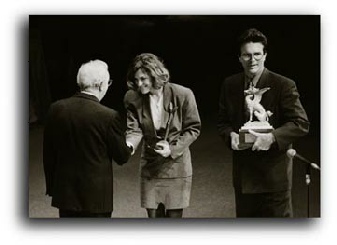 Barbara (above) fills in for writer/director

accepting the best film award for "City of Hope"

from the Mayor of Tokyo.

who returns home after a long absence to heal

Barbara plays his first love, now a veteran of an abusive marriage with two kids. 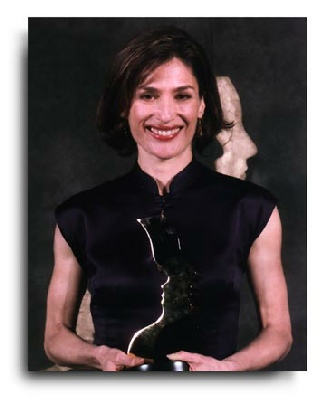 (Canadian Emmy) for her role as Diana Kilmury

down Chicago Cop searching for an evil

Star Trek: The Next Generation

Keeper of the City

"...the young actress rose well to the occasion.

It is a difficult role because of the many transitions undergone by the character.

Miss Williams displayed a fine sense of this

highly fluid structure and the result was

a most captivating hour."

"Nijinsky and his wife, Romola perform splendidly; sliding easily from character to character and changing emphasis or mood with the experience of seasoned performers."

"But, personally, my heart belongs

to Barbara Williams.... she sings with just

the right inflections for country music,

and is as sexy as a Dolly Parton with

everything in proper proportion." 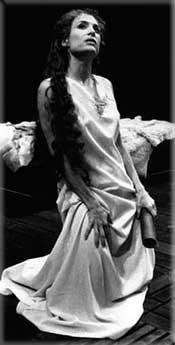 Directed by Des McAnuff at the La Jolla Playhouse

"Williams is a Lady MacBeth whose ambition matches that of her husband, a forceful, persuasive woman who ripples with sensuality... very effectively done."

Catherine Holly, for which she won the British

than a play. ... Williams has the best voice

in the production; warm, strong and

expressive, this lady could sing anything."

an actress to watch... she is by turns

spirited and quite endearing."

of sex appeal that teenage boys yearn for..."

Playing Joan Baez at the Met 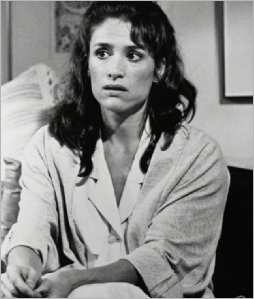